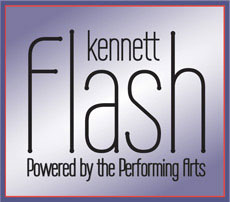 The Last Laugh Showcase at the Kennett Flash

The Kennett Flash is proud to present RAYMOND THE AMISH COMIC as the headliner for our first ever LAST LAUGH SHOWCASE at the KENNETT FLASH! With special guests Liz Wiest and Lamarr Todd!

Last Laugh at the Flash will be a new regularly occurring event series at the Flash featuring local, regional and national comedy acts on our intimate stage!  Make sure you BYOB and bring your friends for great night out!

Raymond the Amish Comic has been performing stand-up for the past thirty-one years. He’s currently writing a book about the adventures of his career that spans over three decades and counting. Stories about Sam Kinison, George Carlin, A show in the Poconos that was interrupted by a bear in the woods. Raymond The Amish Comic was a regular guest on the WZZO Morning show with the Bearman and Keith – 95.1FM in the Lehigh Valley for over a quarter of a century and that’s more than a chapter in his eventual book. He’s been on the Miserable Men Show on Howard 101 and Opie and Anthony on Sirius Satellite as well as their comedy radio channel. Raymond has developed a cult-like following selling out small theatre’s, fire halls, comedy clubs, fundraising events. Raymond The Amish Comic was part of the workshop production of Sony Entertainments recreation of The Gong Show Live. Amish Comic was buzzed off Season Five of America’s Got Talent in an unprecedented five seconds. He’s appeared on MTV’s 7-Up and out, Comedy Central, and a handful of television commercials. He plays skeptical Amishmen #87 in the Tim Allen film “For Richer For Poorer.” and received $25 extra dollars a day during filming for having his own beard. He has appeared live on stage with Ian Anderson as part of the “Rubbing Elbows with Ian Anderson tour.” He’s streamed live from his living room throughout the entire pandemic. You can catch all the replays on his patreon @amishcomic. There is now officially one Amishcomic on TikTok. If you haven’t seen his show before, don’t expect an hour of farming jokes. It’s an R-Rated Therapy session. Raymond the Amishcomic is a ranting storyteller who lives in the same world you do. Iphones, cats and dogs, rollercoasters, driving vacations, married life, parenting, commuting, tv shows and sports, even a little bit of horse and buggy stuff! A comedian for the people. Ranting about the stuff we all go through. It’s a politically safe evening of entertainment. It’s almost a therapy session. This ain’t gonna be no prayer meeting. (show contains adult language) Instagram, tiktok, twitter, Youtube, Facebook, Patreon @amishcomic