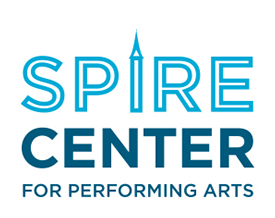 “The performance … broke my heart and renewed it … captivating, funny and thought-provoking.” - Jessica
Holcomb

Actor Neil McGarry returns home to Plymouth and Spire Center For The Arts with his awarding winning,
solo performance of Charles Dickens’ A Christmas Carol on Sunday, December 18th, 2022 at 3:00 pm.
Directed by Ross MacDonald, McGarry’s performance was named “Best Of Boston” by critic Jules Becker
and won "Best Solo Performance” from the Independent Reviewers of New England in 2014.

Armed only with Dickens’ words and a bare stage, McGarry delivers the perennial holiday classic in a tour
de force that has left audiences riveted from Boston to Prague. Joyous, witty, and gloriously uplifting, A
Christmas Carol is a fully staged, full-throated leap into Dickens’ most famous story, delivered with a
simplicity that disarms and touches the heart.

Since 2013, McGarry has been on the road, touring New England initially, then the East Coast, and, finally,
Europe. 2018 and 2019 saw A Christmas Carol on stages across the continent and the UK with
performances in Innsbruck, Dublin, London, Bath, Basel, Brunico, Dusseldorf, Geneva, County Leitrim, and
Prague. In 2021, McGarry brought A Christmas Carol home to the U.S. for a sold out season and is thrilled
to be returning to Spire Center For The Arts this December.

A Massachusetts native and veteran of stage and screen, recent work includes: Sisters, Miranda’s Mind,
Manaslu - Berg Der Seelen, and Hill Of Vision as well as performances with Cape Rep, Cape Symphony, the
Plymouth Phil, Fremont Symphony Orchestra in California, and the upcoming Maytag Virgin at Cotuit
Center For The Arts. Neil is the founder and former Artistic Director of The Bay Colony Shakespeare
Company. The BCSC called Plymouth home for three years and, in the summer of 2014, spent six weeks in
residence at Spire Center For Performing Arts with their repertory season of Much Ado About Nothing,
Hamlet, and Macbeth. Neil McGarry currently lives in the Italian Alps.

“Astounding … A “carol” worth singing about … the story has never been so alive and real … A Christmas
Carol for the ages” - Jack Craib, South Shore Critic

“… deeply moving... one of the most artistic, creative and energetic performances of the 2014 Boston
theater season... an early Christmas gift I will long remember” – Dr. Al Chase, White Rhino Report

“… extraordinary on many counts but one especially: his characters are all so sincere and innocently drawn,
that you give yourself over to the story like a child … McGarry and MacDonald have achieved a magical
alchemy which absorbs and involves the audience and holds them spellbound” – Beverly Creasey, Boston
Arts Review