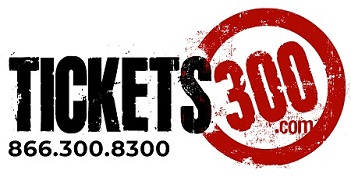 Chicago:   Hailed as one of the "most important bands in music since the dawn of the rock and roll era, the legendary rock and roll band with horns, Chicago, came in as the highest charting American band in Billboard Magazine's Top 125 Artists Of All Time. And Chicago is the first American rock band to chart Top 40 albums in six consecutive decades.

Multi-Grammy award winning, Rock and Roll Hall of Fame band Chicago just announced their 38th studio album, BORN FOR THIS MOMENT, arriving July 15 via BMG on the heels of the previously released single “If This is Goodbye,” now climbing the charts of radio.

Featuring the signature sounds Chicago fans have come to love, BORN FOR THIS MOMENT, produced by Joe Thomas, captures the true heart of this legendary band. Over the entire course of 14 vibrant new songs, BORN FOR THIS MOMENT encapsulates the unique blend of award- winning and personal songwriting, multilayered harmonic vocalizations, and world-class arrangements that have been electrifying audiences across the globe for decades.

On   September   30,   2022,   Gravitas   Ventures   released   Chicago’s documentary “The Last Band on Stage” directed by Peter Curtis Pardini and narrated by the band’s longtime friend and actor Joe Mantegna. On March 14, 2020. Chicago is the last band playing in the U.S. as  COVID lockdowns begin. The Last Band on Stage tells the incredible story of how the 55 year-old band survived a pandemic that stopped the world in its tracks.

Etix is the ONLY authorized ticketing agent outside of the Tickets300 box office. If you purchase tickets from an unauthorized agent in the secondary market (scalper, ticket broker, eBay, Craigslist, etc.), you risk purchasing counterfeit or invalid tickets which may result in refusal of admission.
Continue Shopping