PERFORMANCE DESCRIPTION
Multi-platinum entertainer SARA EVANS is at the top of her game. As the fifth most-played female artist at country radio in nearly the last two decades — her five No. 1 singles include “No Place That Far,” “Suds In The Bucket, “A Real Fine Place To Start,” “Born to Fly,” and “A Little Bit Stronger,” which spent 2 weeks in the top spot and was certified platinum by the R.I.A.A. Sara’s “stunning, country voice” (Rolling Stone) has earned her the prestigious Academy of Country Music Top Female vocalist accolade as well as numerous American Music Awards, Billboard Music Awards, Country Music Association, CMT and Grammy Awards nominations. In addition, the CMA awarded Video of the Year honors for her hit chart-topping single, "Born to Fly" from her landmark double-platinum album of the same name.  Evans’ discography also includes the platinum-selling studio albums Real Fine Place and Restless as well as the gold-certified projects Stronger and No Place That Far.


*Seating may vary by venue

**Please note: All merchandise will be shipped to the package purchaser’s home.  Your setlist will arrive in your post-show email within 1 week following your show. 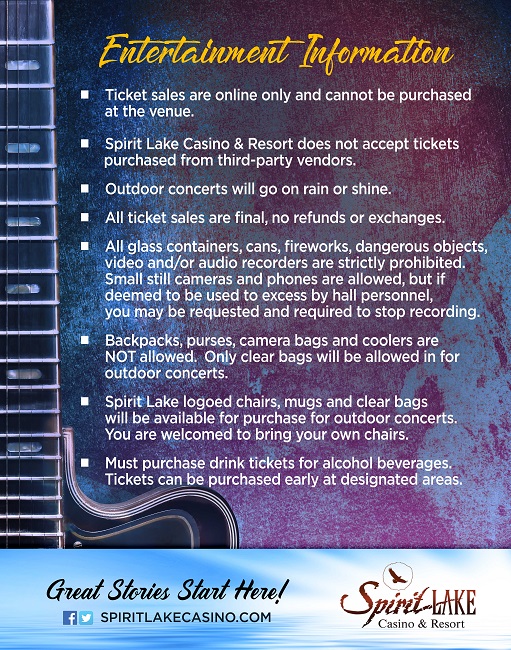 PERFORMANCE DESCRIPTION
The ACM/CMA award-winning artist recently released Country radio single “Tequila Little Time,” the follow up to his Platinum-certified #1 song, “Heartache Medication” and his Billboard Top 5 “Ain’t Always The Cowboy.” In 2020, Pardi was the first Country artist to have two #1 singles on Country Radio and closed the year with the release of Heartache Medication Deluxe Edition, issued on the heels of his first CMA Album of the Year nomination, his second consecutive ACM Album of the Year nomination, and the Platinum-certification of title track “Heartache Medication.” Heartache Medication (Deluxe Edition) followed the release of “Ain’t Always The Cowboy” (Western Version) and RANCHO FIESTA SESSIONS- an eight-song album that features a combination of songs Pardi is both inspired by, and loves to perform-and his ACM/CMA nominated album, HEARTACHE MEDICATION. HEARTACHE MEDICATION debuted among the top albums on Billboard’s Country Albums chart and was named on Rolling Stone’s “Best Albums of the Year” and The Los Angeles Times “Best Albums of the Year” (#4) list as the only country artist/album represented. A “hero in the making” (Variety), Pardi is noted for his “long-lasting mark on the genre” (Music Row) and his impressive ability to carve out his own path creating “the kind of country music multiple generations came to know, and love can still work on a mass scale” (Variety). Filled with fiddle, twang and steel guitar, Pardi continues to “apply new ideas to country’s old sounds” (Los Angeles Times) and “bring authenticity back into Country music” (People).

PERFORMANCE DESCRIPTION
John Fogerty is a true American treasure. As leader off Creedence Clearwater Revivial, Fogerty forged a distinctive, groundbreaking sound all his own, equal parts blues, country, pop, rockabilly, R&B, swamp boogie, and Southern fried rock'n'roll, all united by his uniquely evocative lyrical perspective. Fogerty is a Grammy winner and has been inducted into the Rock & Roll Hall of Fame as well as the Songwriters Hall of Fame. He is the only musician to be inducted into the Baseball Hall of Fame for his song "Centerfield," a staple at baseball stadiums across the country. Among Fogerty's many hit songs, both as a solo artist and as a leader of CCR, highlights include "Centerfield," "Proud Mary," "Susie Q'" "Fortunate Son," "Born on the Bayou," "Bad Moon Rising," and "Have You Ever Seen the Rain," among many others. In 2019, Fogerty celebrated 50 years in music with a worldwide tour including a return appearance at Wynn Las Vegas' Encore Theater. His most recent show, "My 50 Year Trip," a tribute to the 50th anniversary of Woodstock, features a collection of Creedence Clearwater Revivial (CCR) hits, including songs from the set list of his performance at the legendary Woodstock music festival in 1969 among other fan favorites. An album, "50 Year Trip: Live at Red Rocks," was released on November 8, 2019. In April 2020, while self-quarantining together the Fogerty Family, featuring John with his sons Shane, Tyler and daughter Kelsy, gathered in their home studio to play some music together. A weekly video series began and became so popular that a digital EP, Fogerty's Factory, was released via BMG on Fogerty's 75th birthday, May 28, 2020. An extended, Fogerty's Factory full album was released on November 20, 2020.

VIP package details will be sent to VIP customers prior to show date.

VIP merchandise will be distributed at the show.

Customers can contact INFO@FUTURE-BEAT.COM with any questions concerning their package.

PERFORMANCE DESCRIPTION
The 2022 Spirit Lake PBR King of the North Showdown, presented by Spirit Lake Casino & Resort!  Bull Riding is one of the most extreme sports known to man and the BEST of the BEST belong to the Professional Bull Riders.

Spirit Lake Casino & Resort is bringing the ferocity to our outdoor entertainment arena with the most electrifying two-day sports event!

When you put together some of the toughest PBR bull riders in the world, and against 11-time PBR Stock Contractor of the Year, Chad Berger Bucking Bulls, it’s an exciting event that you won’t forget!

LIVE Music nightly after each event!

PERFORMANCE DESCRIPTION
The 2022 Spirit Lake PBR King of the North Showdown, presented by Spirit Lake Casino & Resort!  Bull Riding is one of the most extreme sports known to man and the BEST of the BEST belong to the Professional Bull Riders.

Spirit Lake Casino & Resort is bringing the ferocity to our outdoor entertainment arena with the most electrifying two-day sports event!

When you put together some of the toughest PBR bull riders in the world, and against 11-time PBR Stock Contractor of the Year, Chad Berger Bucking Bulls, it’s an exciting event that you won’t forget!

LIVE Music nightly after each event!

PERFORMANCE DESCRIPTION
With a discography that includes such seminal rock albums as 1994’s 6x platinum-selling SIXTEEN STONE, ‘96’s triple-platinum-selling RAZORBLADE SUITCASE and ‘99’s platinum-selling THE SCIENCE OF THINGS, BUSH has sold over 20 million records in the U.S. and Canada alone. They’ve also compiled an amazing string of 23 consecutive Top 40 hit singles on the Modern Rock and Mainstream Rock charts. Eleven of those hit the Top 5, six of which shot to No. 1: “Comedown,” “Glycerine,” “Machinehead,” “Swallowed,” “The Chemicals Between Us” and “The Sound of Winter.” The latter made rock radio history as the first self-released song ever to hit No. 1 at Alternative Radio, where it spent 6 weeks perched atop the chart’s top spot. The song appeared on 2011’s “comeback album,” THE SEA OF MEMORIES, which was BUSH’s first studio album in ten years. That year Billboard ran a story about the band under the headline, “Like They Never Left” – a fitting title as the multi-platinum quartet (vocalist/songwriter/guitarist Gavin Rossdale, guitarist Chris Traynor, bassist Corey Britz and drummer Nik Hughes) promptly picked up where they left off. They’ve continued to dominate rock radio and play sold-out shows to audiences around the world ever since. Their latest album The Kingdom followed 2017’s Black And White Rainbows, which People magazine hailed as “a triumphant return.”

PERFORMANCE DESCRIPTION
Hailing from Dripping Springs, TX lead vocalist Mark Wystrach fronts Midland’s rich sound that is rounded out with lead guitarist/vocalist Jess Carson and bass player/vocalist Cameron Duddy. Rooted in tradition in both sound and style, the trio initially garnered attention playing clubs in the region. Their critically-acclaimed sophomore album LET IT ROLL (Big Machine Records) earned the No. 1 position on Billboard’s Top Country Album Sales chart upon release, receiving praise from outlets such as Rolling Stone, Variety, NPR and Entertainment Weekly among others. Wystrach, Carson and Duddy all played an integral role in writing the 14-track album with Shane McAnally and Josh Osborne. The album was produced by Dann Huff, McAnally and Osborne and was a follow-up to the critically acclaimed, GOLD-certified debut album, ON THE ROCKS (Big Machine Records). Launching in 2017 with rave reviews, ON THE ROCKS was declared “the year’s best Country album” by Washington Post. Their 2x Platinum-certified chart-topping debut “Drinkin’ Problem,” which offers an intentional nod to Country music reminiscent of the 1970s and 80s, earned the band their first GRAMMY® Awards nominations for Best Country Song and Best Country Duo/Group Performance. Midland was also named New Vocal Group of the Year at the 2018 ACM Awards and is nominated for Vocal Group of the Year at the 2020 CMA Awards.